The 2020 Chambers Student Guide has been published!

Pupillage at Serle Court has been described as "a training process and not a testing process". Over four three-month seats, the pupillage is structured to make sure pupils work under a blend of both commercial and chancery supervisors. Members stated that in place of live work, supervisors "set pieces of dead work" which has been completed by past pupils "to get a sense of where you sit" in comparison.

John Petrie, Chief Executive of Serle Court assures that during pupillage "they are not in competition with one another". Pupils confirmed "You don't feel a sense of competition. You build relational ties and don't see your peers as direct competitors."

To find out what life is like as a pupil/member at Serle Court, please click here for our profile. 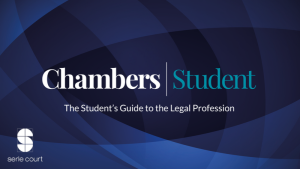