Serle Court is delighted to announce that Sir Raymond Jack, former High Court judge in the Queen’s Bench Division, has joined the Alternative Dispute Resolution Panel as an arbitrator. Sir Raymond joins the existing panel members, including Sir Gavin Lightman, Sir Jonathan Parker and Sir Mark Waller, and the large number of members of chambers who regularly act as arbitrators and mediators across a wide range of ‘business law’ subject areas.

Sir Raymond was called to the bar in 1966 and took silk in 1982. He was a member of 1 Hare Court, which later joined with Serle Court. He had a wide commercial practice. His book, 'Documentary Credits' was published in 1991 (4th edition, 2009). Between 1994 and 2001 he ran the Bristol Mercantile Court. He was appointed to the High Court, Queen's Bench Division in 2001. He retired in 2011 but has continued to sit regularly on a part time basis, trying business cases.

Commenting on the move, Sir Raymond said: “I am very pleased to be at Serle Court among old and new friends. They are an impressive lot." 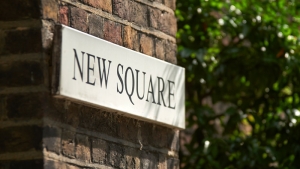