On 12 April 2021, the Court of Appeal for Bermuda (Sir Christopher Clarke P, Subair Williams and Smellie JJA) allowed the appeal of Tony Wang (the Eighth Defendant in the substantive proceedings) against the dismissal of his disclosure application against five private trust companies (the First to Fourth and Sixth Defendants) (the “PTCs”). The judgment gives important clarification of the principles governing joint interest privilege, which Christopher Clarke P described as a “somewhat poorly charted sea”.

The appellant (the son and personal representative of the late Taiwanese billionaire, YT Wang) sought the disclosure of documents held by the PTCs’ lawyers relating to the preparation and execution of a power of attorney for YT Wang on the basis that he had a joint interest in those documents. The PTCs had successfully opposed disclosure before the Supreme Court on the basis of litigation privilege. In allowing the appeal, however, the Court held that YT Wang had a joint interest in the documents notwithstanding the absence of a joint retainer and that advice was not provided to him in an individual capacity. In reaching that conclusion, the Court further held that the categories of relationship in which joint interest privilege may arise are not closed and that the guidance given by Burnett J in R (Ford) v Financial Services [2012] 1 All E.R. 1238 (at para 40) was not an appropriate guide in all cases.

Richard Wilson QC (with James Weale and Charlotte Beynon), instructed by MJM Ltd and Stewarts acted for the appellant 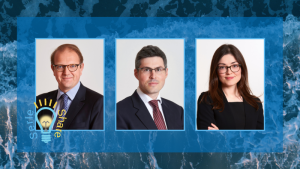